Big Cats - The enigma of Cats

We’ve all been fooled, drawn into those beautiful adoring eyes, summoning us to do their will. Cats big and small have long been the cause of fascinated captivation, brought on by their amazing ability of physical communication. Expressive eyes that appear to irresistibly draw you in as they gaze towards you. Ears that rotate and bend independently to impossible 360° angles, portraying a seemingly endless array of thoughts and feelings. Body language that defies any psychological analysis, yet somehow expresses every possible emotion, manipulating our response.

1.  The 'Puss in Boots' expression

Rusty-spotted Cat exemplifying the perfect Puss ‘n Boots gaze. The movie Shrek famously captured the most endearing expression that cats are capable of. Captivating adults and children alike, just about everyone who loves felines recognized those adoring eyes. Regardless of whether a domestic cat is gazing up at you requesting a cuddle or a big cat is gazing at its keeper, hoping for a meaty treat. All of us can be drawn in by those deep loving eyes ... and most importantly of all … cats big and small know it. Cats blatantly utilize their visual body skills to achieve their goals. 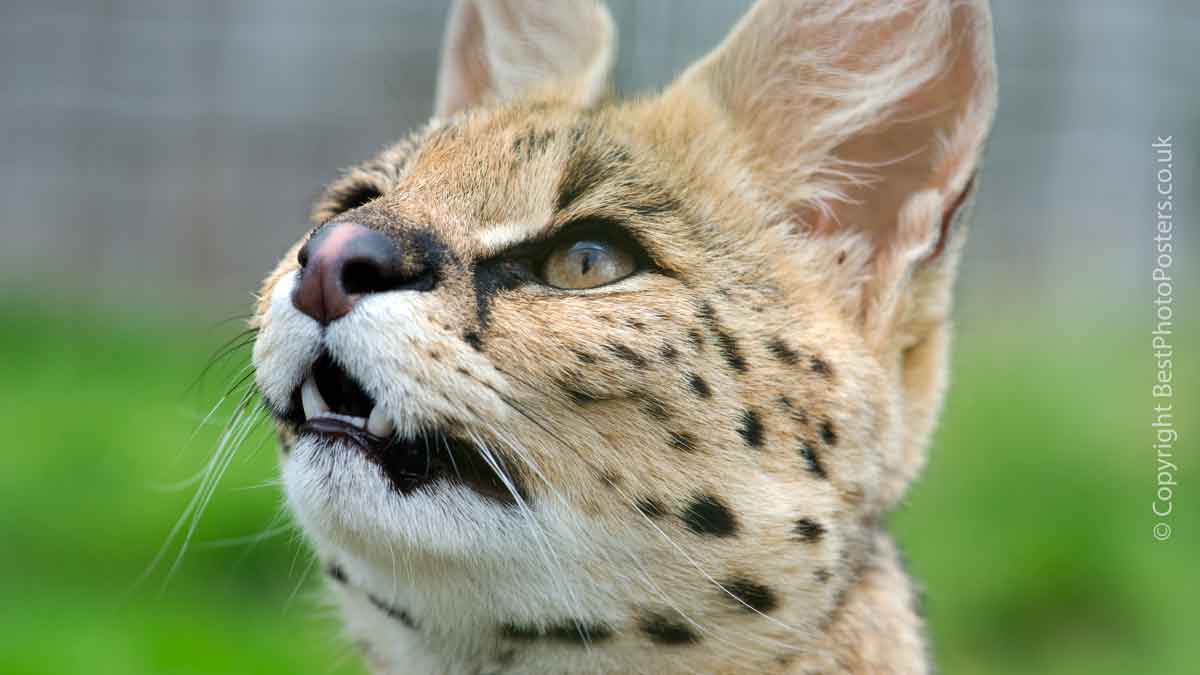 Serval (a medium sized cat native to the savannahs and wetlands of South Africa), gazing upwards with avid expectation. Like a child gazing up to its mother, waiting to be handed a treat, virtually all cats are capable of this wistful expression. Soft beautiful eyes, slightly widened, expressing gentle expectation. Don’t be fooled, the cat is distinctly manipulating your response. In an instant, the cat can change from gently requesting to avid aggressor. All felines appear to have this amazing ability to express simple desire, similar to that of a human child. However within cats there is a complicated psychology. They inherently manipulate their prey or owner by projecting doe-like innocence, hiding the predator beneath. 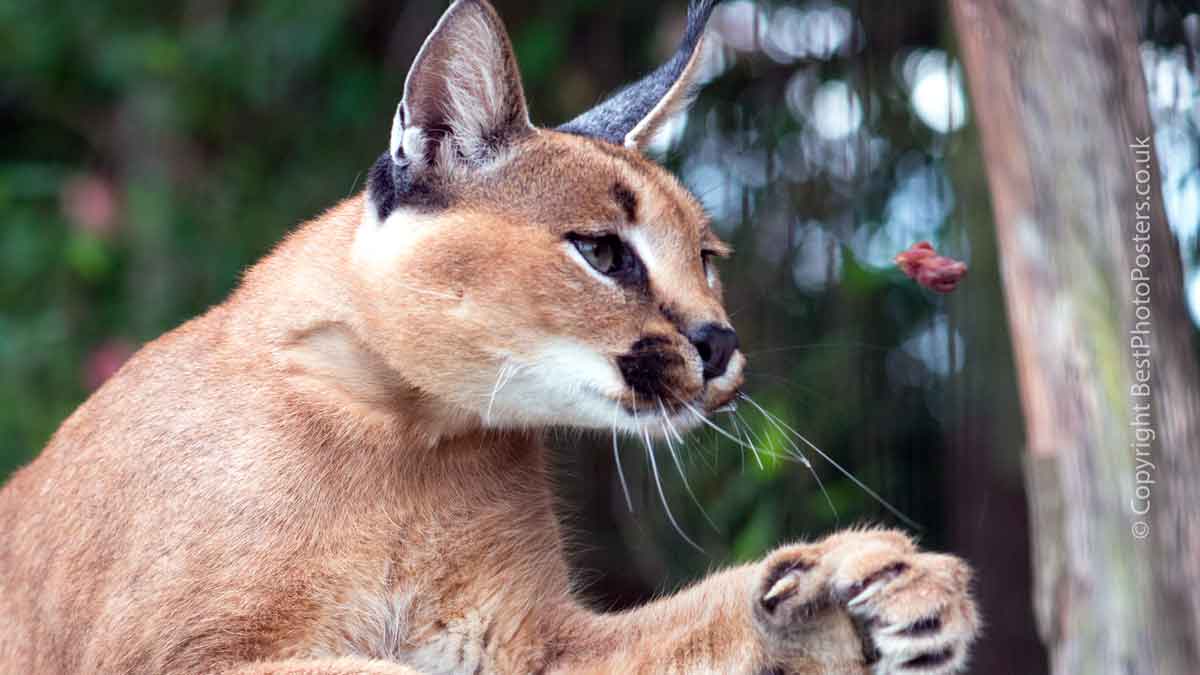 Caracal (also known as Desert Lynx) in a Wildlife sanctuary. From expectation to predator with lightning speed & agility. 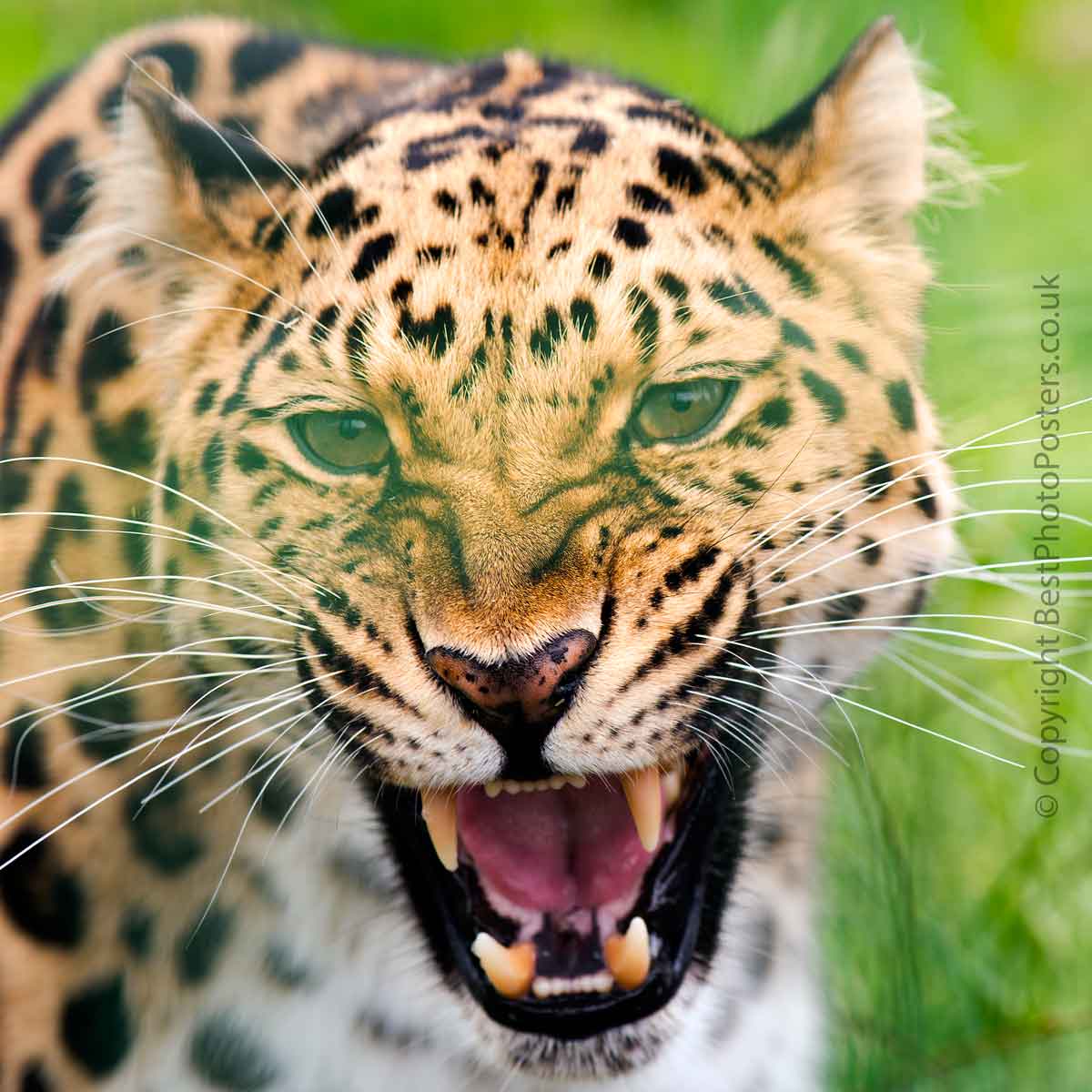 Apex predator - Amur Leopard. Terrifying in its intensity, the predator cat is perfectly capable of freezing a quarry in their tracks. Their entire body becomes an instrument, their movement and desire all focused on one goal – capture.There is no hint of manipulation here only unwavering concentration on their quarry. Gone is the beautiful soft doe-like expression, replaced by eyes of steel and complete single focus. The object now is to strike terror into their victims, gaining advantage through pure fear. 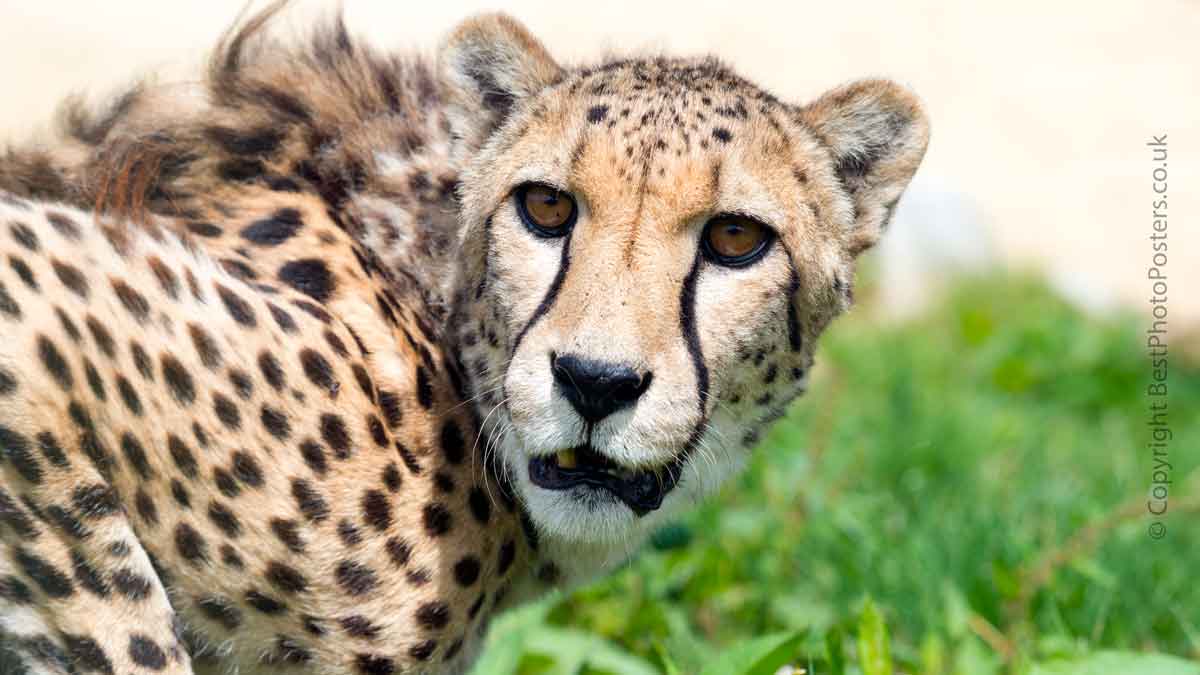 Cheetah crouched on its haunches, eyes focused on potential prey. With stealthy posturing, their bodies low to the ground, every inch of their physique posed for action, big cats stalk their prey like no other animal. They wind through long grass, barely visible despite their size.Whether a snow leopard clambering gracefully on an impossible rocky hillside or an amur leopard twining effortlessly through the rainforest undergrowth their bodies express an absolute desire to capture and kill. Most striking of all however, are the eyes of a cat whilst stalking. Intent and dangerous, lurking behind the eyes, is a diversity of thought as a big cat constantly calculates how to achieve victory. 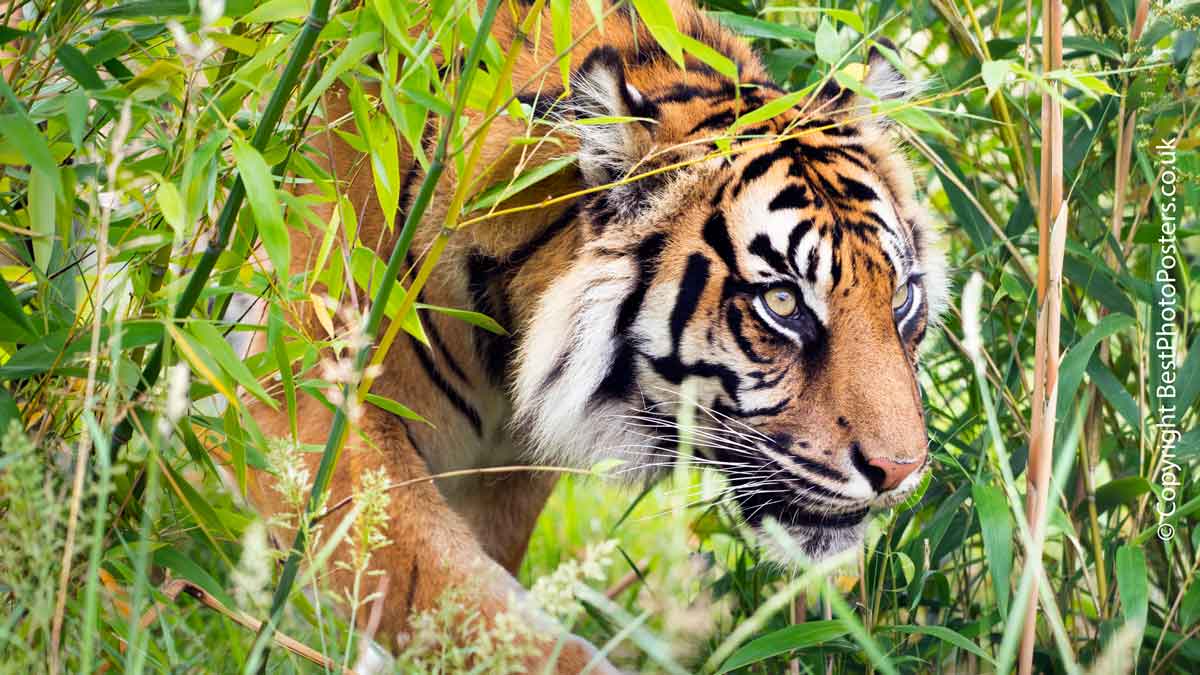 Sumatran Tiger emerging from bamboo undergrowth. Tigers are one of the worlds largest and most dangerous predators, their desire as they stalk is palpable. 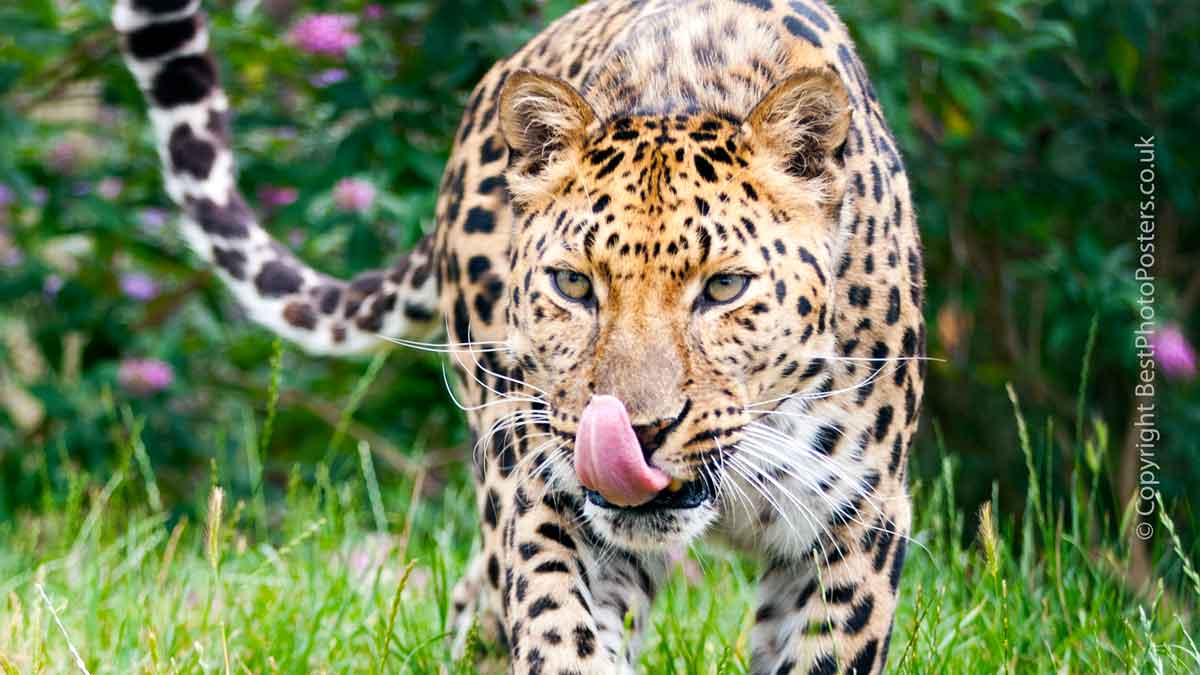 Amur leopard licking its chops, anticipating a kill. As a big cat gazes at a quarry, passing its tongue around its lips, its difficult to understand quite how complicated their thought processes must be. Part anticipation, part plan of action, and part pure pleasure. It’s almost as though the thought of the chase is part of their enjoyment of eating. Is the thought of victory almost as important as the process of feeding? The eyes of a big cat express pure pleasure as they lick their chops, often dribbling saliva as they contemplate the kill. The psychology behind this action appears to be much deeper than the expectation of food, but rather part of a much deeper process of chase and desire. 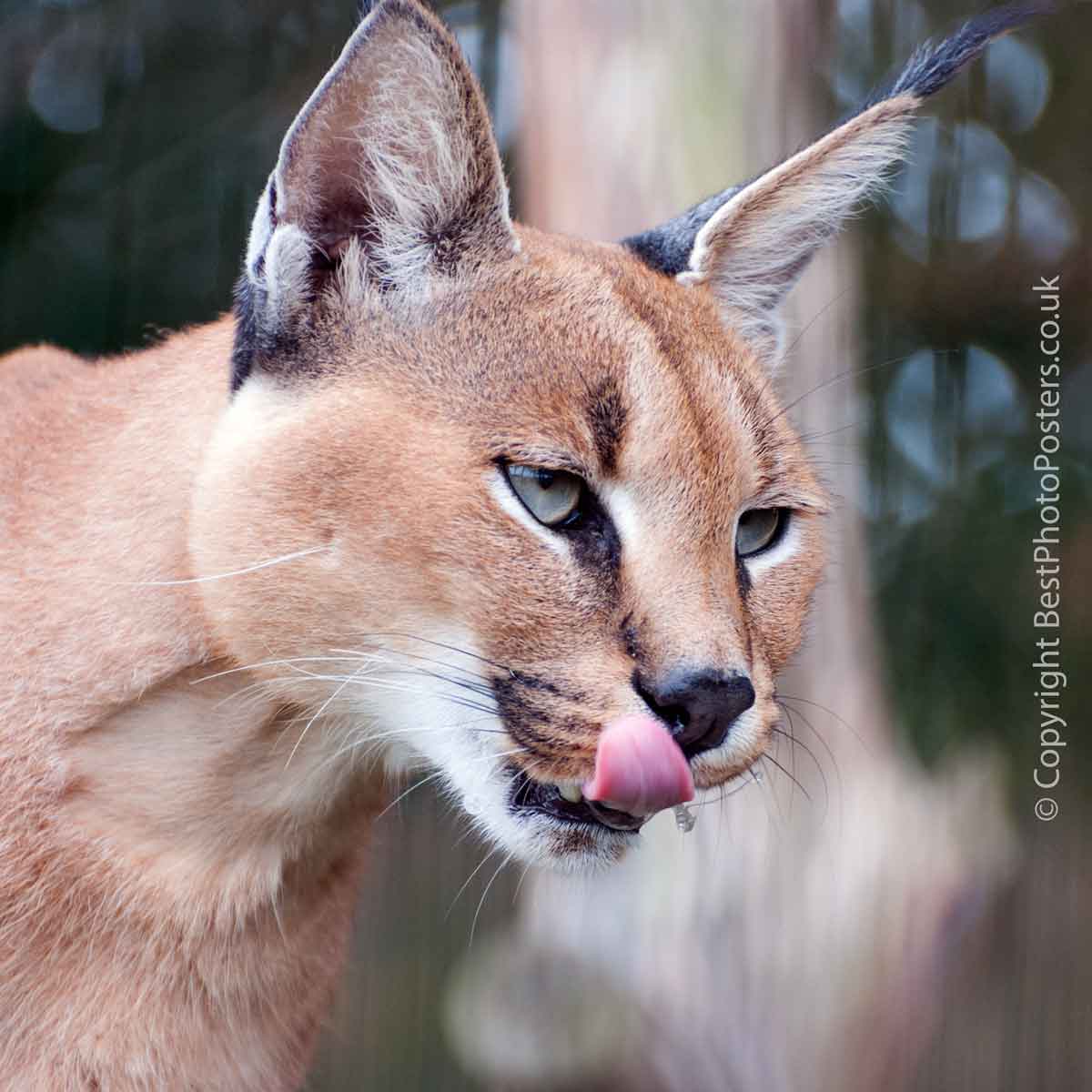 Caracal, eyes focused with desire, salivating whilst licking its chops. 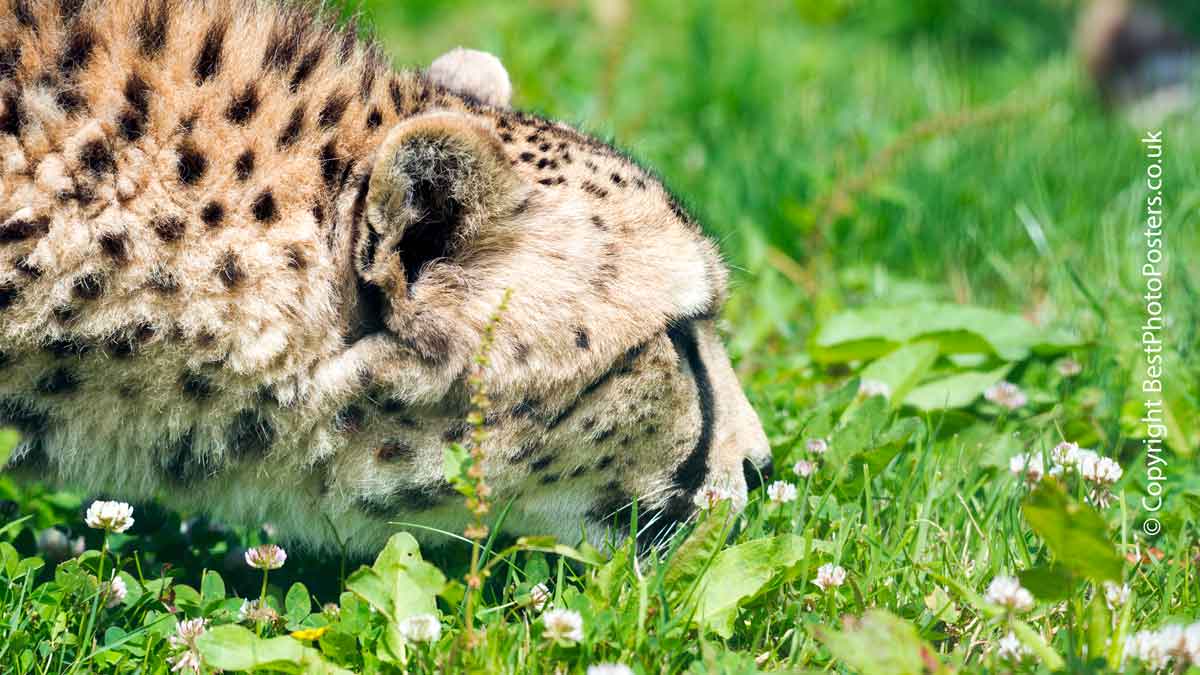 Cheetah seemingly smelling the flowers but actually sampling scents. Cats have a highly developed sense of smell. They sniff the air for signs of prey or predator, often following a trail of scent to their prey or becoming wary if they sense an invader to their territory. Scent not only provides a method of finding prey to hunt but also a way of establishing dominance and boundaries within their own society. Cats will often smell extensively, then stick out their tongue to increase sensitivity, visibly sampling the scent within the air. Watching cats as they sniff for danger or prey can be one of the most revealing times to view them unawares. It is one of the few times when there are not actively manipulating their audience, whether it be other cats in a group, their owners or quarry. They are simply following their natural instincts to scout for danger, food or locating potential mates. 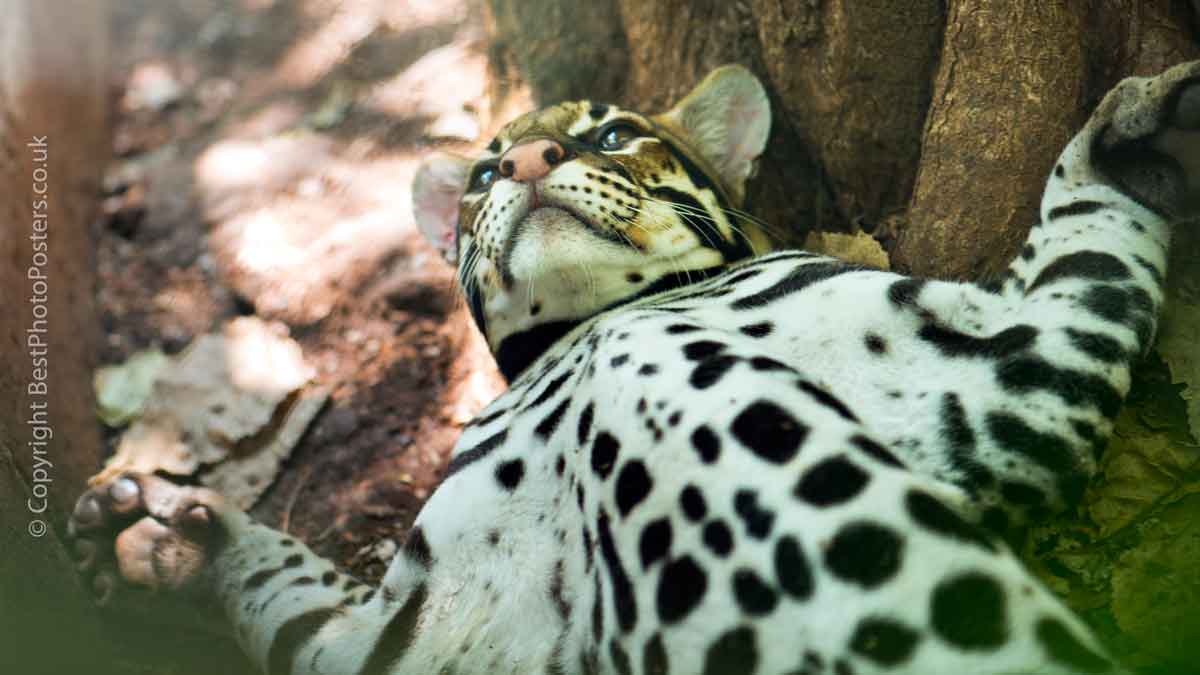 Ocelot, paws extended in a relaxed pose - Tickle me if you dare! Domestic cats have the most wonderful habit of rolling on their back, paws up, and displaying their tummies. Big cats often display the same playful, seemingly affectionate behaviour. We’ve all seen this from our cats at home. But beware… its wise to understand the psychology of your particular cat. Is the tail twitching? Are the eyes manipulating you or just gently loving. For many domestic cats this pose is just as it appears; please tickle my tummy. However, this can be a ruse for playful fighting or a more viscous attack. To human perception, big cats have the same element of unpredictability when striking this particular pose. Unless you understand a particular animal or pride, it’s difficult to interpret between submission or ploy. Part of the infinitely complex relationship between big cats involves understanding the moods and visual signals of other cats, their unique form of perceptual communication. 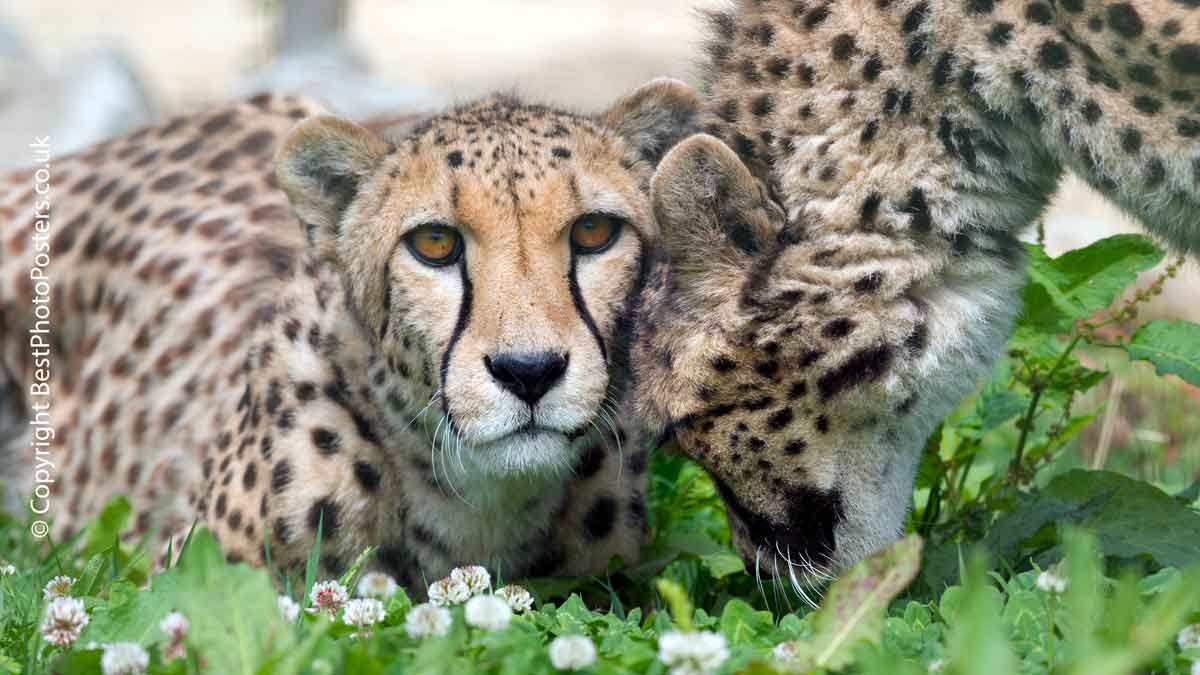 Possibly the most endearing and pleasurable visual stimuli we receive from cats is their interaction with each other. Our hearts sing as they communicate with each other, often with chirps and mews or gentle purrs. We hold our breaths in silent joy, watching cats big and small complete complex interactions between siblings and other members of a group. Each type of feline has its own set of communication tools which they appear to utilise in order to manipulate each other similar to the way they manipulate their prey or keepers and owners. Their relationships with each other are far deeper and more complicated than we can ever hope to completely analyse or understand. However, their influence on humans is immense as the enigma of cats continues to captivate. © All images in this article are copyright Anim8design Ltd.
This site uses cookies. By continuing to browse this site you are agreeing to our use of cookies. Find out more here.
x